The Board Shorts Film Festival last weekend (yah I’m a bit late in updating here, haha) was a blast.  It was Jenna’s birthday too, so there was a bit of extra fun involved.  The event was packed out.  Apparently it sold out two days beforehand, and there was a wait list of over 100 people.  Not bad at all, gotta hand it to Michelle and Liz for promoting the event so well.

I was really stoked to see a New York film in the festival this year.  That, along with Chris Grant’s little bio pic on Danielle Burt were my two favorites of the bunch.

After the show as we were getting ready to leave, I saw Linda Benson outside.  She gave me some really nice compliments on my work, and I was so humbled and stoked.  She’s not one to throw around false praise.  Plus, she is a legend!!  So rad.

Party Mix was also selected to show in the San Diego Surf Film Festival in May!

Thanks to everyone for the support, and look for Party Mix to make the rounds on the internet very soon. 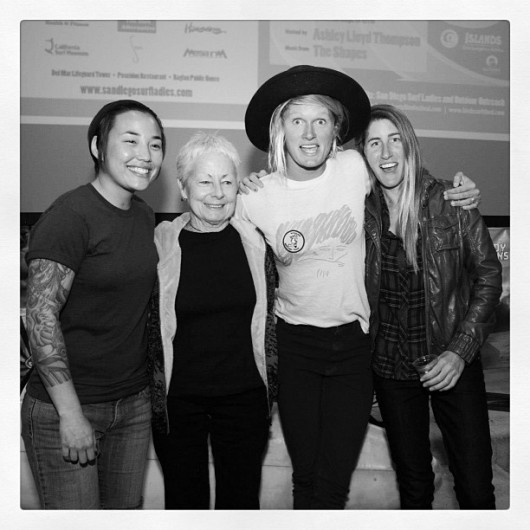 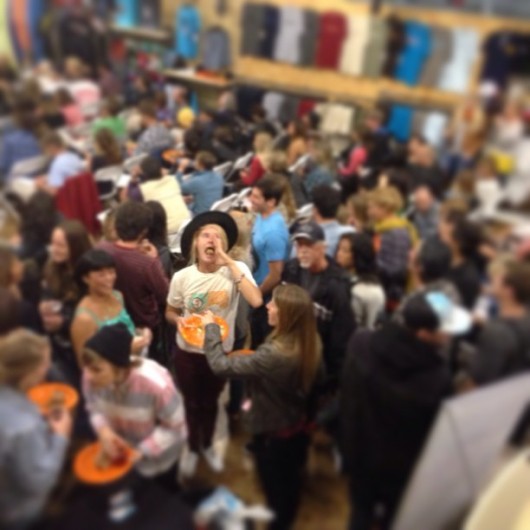 Jenna in the crowd – photo by Nick Borrelli 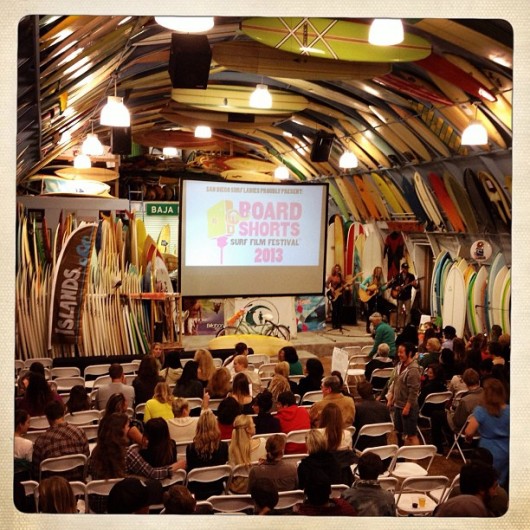 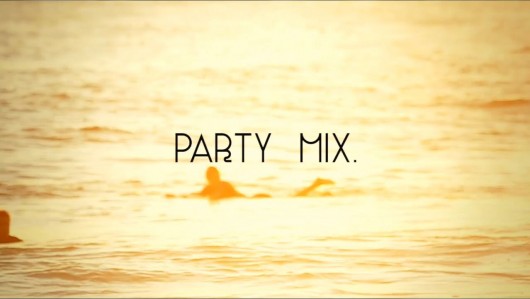 I’m stoked to have a short film in the Board Shorts Film Festival again this year, held on March 9 at Bird’s Surf Shed.  Come check it out!

The title is “Party Mix”.  I really like this one – it’s a bunch of footage I’ve taken over the summer and into this year.  I haven’t been shooting as much so it’s not as long as By The Way, but it still weighs in at about 12 and a half minutes.  I just had fun with this one.  It’s in three sections – summer surf footage, Canada road trip B roll, and the last section is “long story short” which has already been out.

You do need to get tickets, and last year it did sell out.  http://boardshorts2013.eventbrite.com/#

I’m overwhelmed by the response that “By The Way” has been getting.  It’s funny for me since I’ve worked on the film and seen it so much and spent so much time on it that I just don’t “see” it anymore.  I know that I like it, but I just can’t be objective about it.  At this stage I only see the small things I wish I had done slightly differently.

That’s why it’s so nice to see my work appreciated, especially since this was such a labor of love.  I enjoyed every second that I spent on this project.

I’ve gotta thank the surfers in the video first and foremost.  Sara Taylor was awesome, always eager to go and shoot and going the extra mile to keep paddling out.  I hope she gets the credit she deserves for her amazing surfing.  Ornella Pellizzari, Margaux Arramon-Tucco also majorly helpful and inspirational.  Jenna Balester – always down to shoot, and now that she’s back in the water we’ll be filming more surfing of her as well.  Everyone else in the film – Silvana Lima, Jen Smith, Danica Elbertse, Kaleigh Gilchrist, Sofia Mulanovich, Rebecca Woods, Leila Hurst, Courtney Conlogue.   I didn’t get to shoot with these girls as much but hopefully will get more time with them in the future.

I also have to thank Chris Grant for helping me out SO much when I was getting started.  I didn’t know any of these people before I approached Chris one day and mentioned that I wanted to do some surf videos.  He was more than happy to help me meet the girls and invite me to come down while he was shooting.  This video would not even exist without his help and support.

Thanks to everyone who supported me during the filming, and everyone who came to the Board Shorts film festival to view the premiere.  I am hoping to be in a few more festivals, so if you missed Board Shorts, try to make one of the other ones.

It certainly doesn’t end here – I’m hoping to keep at it.  Not sure what my next big “goal” is, but ultimately I’d love to produce a video that you’ll see for sale in every surf shop around the world.  Now that would be killer.

If you haven’t seen it yet, the link to the full cut of By The Way is up on the portfolio page of this site.  I’ll also be posting the first two chapters as separate films so you can watch them by themselves.