After researching where and when the super moon eclipse would be here in San Diego it became clear that the moon would be rising while already under partial eclipse.  I thought this would be amazing to see.  Sometimes it’s hard to get a good view of the eastern horizon here in San Diego due to the mountains and hills and the haze that can sometimes crop up.  So some friends and I decided to find a high point to watch the moonrise and the eclipse.  So we headed to nearby Cowles mountain to watch and shoot photos. 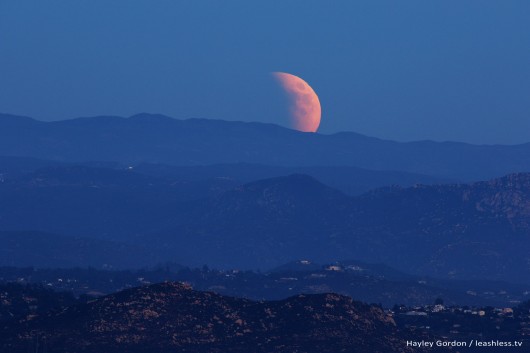