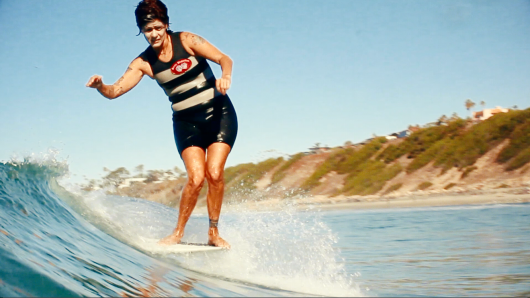 Just finished up “Weekends” featuring Nora, Worm, Mele, and Margaux.  Thanks to everyone that watched it and the kind words and support.  I hadn’t been filming very much in the last year or two.  Maybe I was a little burnt out or just needed a break.  The last video I did was Worm, which took almost a year to finish.  A year for a four minute video!  The problem was that we got one amazing session and then felt that we had to live up to that caliber of waves for the rest of the sessions we needed to fill out the video.  However, we kept getting skunked repeatedly.  It was a bit discouraging.

I also suffered from something of a burnout in terms of a stressful feeling that each video I made would have to outdo the last.  Better waves, better surfing, better skating.  I don’t know.  It’s similar to what Dane Reynolds wrote about in his description of his recent short film “Sampler”.  He felt like he had to keep outdoing his last effort, and it just led to the inability to even do anything.

man… expectations, what a stoke killer. every time you do something, the expectation is that whatever you do next has to be better. do you understand how unsustainable that is? the pressure caused by this principle has stressed me out, burned me out, i eventually cracked, hid out, dropped out, turned away… but then it get’s to a point where you’re just like ‘fuck it.’ that’s when i’ve done my best surfing. when there is a complete absence of consideration for what people expect.

I read this and I was like….that’s exactly why I don’t want to start any more projects right now.  I felt like I had to meet some lofty expectations.  So I took it down a notch.  I made a silly session edit with Sara Taylor (Interlude No. 1) and decided I just needed to not care if every video was a Film Festival Entry.  I just needed to start shooting again and having fun with it….and who cares if people think it’s necessarily the BEST.

I thought Sampler was one of the best surf shorts I’d ever seen.  Hell, it was better than Cluster (Sampler was apparently all “B Sides”…shots that didn’t make the cut for Cluster).  I don’t think Dane Reynolds is capable B Side surfing anyway, but that’s beside the point.

So, Weekends was an attempt to just shoot the girls over the course of a couple days, and just use THAT.  Don’t try to go crazy and get a “better” session next time.  Don’t worry about the edit too much, just have fun.  Try out a different color scheme.  Try an edit with zero slow motion.  Just do it for myself first.

My favorite surf videos are the ones that make me want to go surfing.  It doesn’t have to be the best surfing, best filming, best editing.  I mean, those are nice and all, but if I don’t leave the video feeling like I want to go surf then it wasn’t successful in my mind.  So I want to make videos that make people want to get out there and surf and skate.

It certainly helps that I have some of the most talented females in surfing and skating at my disposal, and coincidentally they are some of the goofiest people I know.  They’re always down to go out and have a good time.

Here’s to hoping that this will get me going on some more projects.  Some will probably be better than others.  But I’m excited to go out and try some new styles and get going on some ideas I’ve had.  Stay tuned.