Been out of the water for about a week with a neck strain.  It’s been nice to get back out in the lineup.  Swami’s has been nice the past few days but incredibly crowded.  I remember last year if you went during the day on a weekday it wasn’t too bad, crowd-wise.  I think a lot of spots are temporarily messed up from all the dredging they did recently (too much sand, etc) because I’m seeing a lot of Grandview and Pipes guys out in the lineup at Swami’s.

Today Swami’s was really doing it’s thing, and even though my wave count was a little low, the ones I did get were really fun.  Also got caught inside and swept south of the stairs a few times by big multi-wave sets that had the entire inside looking like a bathtub of foam. 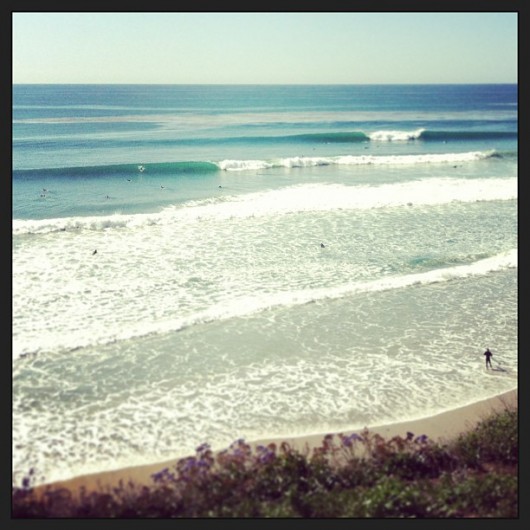